Jason brought an excitement and commitment to everything he did. When he led the crowd at UNC home games he did it with a flair that was unmistakeable. When he traveled to Europe to study abroad his Senior year he didn’t just visit Europe, he Ran with the Bulls in Pamplona, he visited the Sistine Chapel, he went to the Vatican, and toured concentration camps. He grabbed life by the horns and rode it for all it was worth. When Jason Ray was killed in an auto – pedestrian accident his journey could have ended there, but Jason was in many ways larger than life. Not only was he 6’5 with a personality to match, he was dedicated to helping others. When he was 13 he went on a mission trip to Puerto Rico, followed by Haiti and Honduras, to help at a orphanage. By the time he was 21 he’d been on 3 mission trips and was dedicated to helping those less fortunate. He loved life and he loved his family and friends. You could feel it when you were around him.

When Jason Ray got his drivers license he checked the box to be an organ donor. When he went home he told his Mom that he wanted to help others in case something ever happened to him. When that terrible event happened his family knew his wishes and honored them by donating Jason’s organs and tissues to the Sharing Network of New Jersey.

What happened next is nothing short of a miracle. Every recipient that received Jason’s primary organs lived (4 Lives Saved), and the recipients that received Jason’s tissue and other gifts were blessed with better quality of life. Since then Jason’s story has reached millions of people and touched countless lives. To honor Jason’s and keep his memory alive his family decided to start a foundation to continue his good works.

The Jason Kendall Ray Foundation was established in 2007 and since it’s inception has raised $100,000.00 to endow a scholarship at the University of North Carolina’s Kenan School of Business. This scholarship is for business students to travel overseas to enhance their learning, provide them with International Business Experience, and hopefully give them the chance to explore the world the way Jason did in his semester in Copenhagen.

The next challenge for the Foundation is just starting. The University of North Carolina Hospital approached the Foundation with the idea of naming the Organ Transplant Center at UNC Hospital after Jason Ray. The Hospital formed their own Foundation to raise money in Jason’s name, and we took that as our next mission. We need to raise $1,000,000.00 to name the Transplant Center after Jason and that’s exactly what we plan to do!

The money raised will go to help those people on the transplant list to help them with the costs of the operations, their rehabilitation after the surgery, and with travel and ongoing care. This money will help establish something permanent at Chapel Hill that will last for generations, and touch tens of thousands of lives.

We can’t think of a better way to honor Jason. UNC Chapel Hill was his school. He loved it and spent 4 of the happiest years of his life there. Having the Transplant Center at the UNC Hospital named after Jason would make him smile. You can help…. 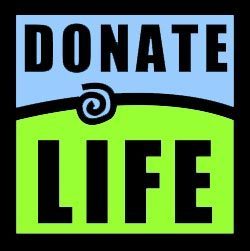 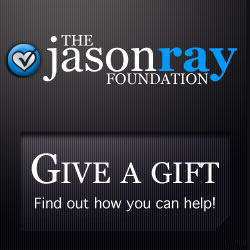