Welcome to the Jason Ray Foundation 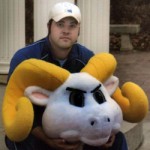 Thank you for visiting JasonRay.Org! Jason Ray was a true original. He was an Eagle Scout, Honor Student, Black Belt in Karate, Lead Singer in a Rock Band, Christian Missionary, the Mascot for UNC Chapel Hill – Rameses, as well as being an Organ Donor. It was the last one that will carry on long beyond Jason’s death at the much too early age of 21. You might have seen the story on ESPN’s E:60 called “RAY OF HOPE”.

The Jason Ray Foundation is dedicated to a mission of education, community service, and raising awareness for Organ Donation. In addition to raising awareness The Jason Ray Foundation will raise money for the UNC Hospital Comprehensive Transplant Center’s Foundation (which has set up a fund in Jason’s honor). Jason started many good works during his short, but incredibly full life. This foundation is dedicated to continuing those good works in Jason’s name.